The Formula 1 season began last Sunday with the first race at the street circuit in Melbourne, Australia. It was a very exciting and interesting race with some twists and turns at the end.

But that's by the by.

I follow F1 quite seriously and thus read 50 - 100 blog entries a day on the subject. Recently one has really come to the fore with their interesting but personable attitude to the sport, and to their followers.

www.formula1blog.com is where they are and if you even consider following any open wheeled racing - listen to their blog. It rocks.

Normally F1 stories are quite dry and technical; how will the new wings affect down-force, how will the new tires perform and what will Grace be drinking next week? But they came up with a great story about Lewis Hamilton's younger brother;

This coming weekend, another Hamilton will be making his motorsports debut at England’s famous and historic Brands Hatch circuit. A constant figure of familial support in the McLaren garage over the last several seasons, Nicolas Hamilton, younger brother of 2008 World Champion Lewis, has signed with the championship winning Total Control Racing team for the 2011 ELF Renault Clio Cup series.

Nineteen-year old Nicolas, who has cerebral palsy, has already tested a BMW M3 GTP, race prepped by PalmerSport, as well as one of TCR’s Renault Clio Cup racers. Team principal Lee Brooks said, “Obviously it’s fantastic for the team to be running Nicolas in his first season in the sport. As Lewis’ brother, it’s guaranteed he’ll attract a lot of attention in the paddock throughout the year but we’re confident he’ll make good progress and become a very quick racer in his own right. Nicolas has superb passion for motor racing and great support behind him so it is a great honor for Total Control Racing that he will be racing with us.”

The deal for Nicolas to drive in the series was brokered by his father, Anthony Hamilton, who said “Nicolas has followed his brother’s career from an early age and it was natural he would want to get behind the wheel competitively himself.”

“I have loved motor sport from a young age and watching my brother achieve so much has given me inspiration to make my racing debut.” Nicolas himself admitted. “I know this will not be easy, but I hope that my doing this will give inspiration to others who have challenges in their life. I can’t wait to be racing.”

Email ThisBlogThis!Share to TwitterShare to FacebookShare to Pinterest
Labels: car racing, Formula One

Until recently I had an iPhone 4 from work and, if all goes well, I intend to have another by the end of the week for myself too.

One of the most fun and addictive games I have ever played on a was Angry Birds by Rovio. And it appears that I am not alone. International diplomacy is being feted with them;

I don't want you to think that I'm a complete raving fool, so here is a pair of video-clips about where I'm coming from.

I would love to hear what your thoughts are.

In my post,'iLike it' i explained that I wasn't much of a techno-geek. I do work in cutting edge hi-tech so I guess I actually am a bit more of a techno-geek than I thought.

Anyhoo.... a close friend of mine insists that Google is taking over the world, and thus he hates them with a passion. Not that this stance is actually doing him any good!

I love Google. I love what they stand for which is boiled down to, wait for it, ... The Truth.

The more truthful your website the better ranking you get. The longer you've been telling the truth, the higher you go and so on.

And if you didn't believe that they were taking over the world or you are just interested - here is how Google have shaped the internet;

For the whole story go over to SEOBook.com

I recently came across this article and was uplifted by the spirit of the dyslexic author, Claire, in not only writing a book, or two - well actually 3! But, she also donates BIG TIME to great UK charities such as Dyslexia Action  and Help for Heroes. 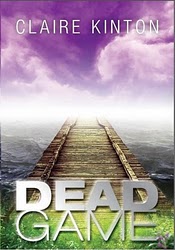 
The main aim of World Book Day is to celebrate books and encourage children to explore the pleasures of reading them.  The questions and answers session I did with the children at my local secondary school was inspiring.  A handful of the children had already read Dead Game

so the questions were much tailored to Dead Game’s characters, plot and sequel.  That said, they really grasped the emotions that I poured into Dead Game

and the questions quickly turned from that of basic ‘plotting the adventure’ questions to ‘the inspiration behind the story’, which fascinated them, it seems, just as much as the actual book did.

Read the rest of the blog here

I don't think of myself as a techno-geek. My computer is 5 years old, my iTouch I won in a raffle and my iPhone 4 (ahem) is from work. My 'ipod' is actually a Sansa something-or-other and I love it.

So what is it that people so adore about Apple?

The iPhone is great. I get to send photos of my 2yr old from the camera directly by email to his grandparents, aunties and uncles. No need to wait until I remember to upload the photos from the camera - or, like we did 15 yrs ago - wait for the photos to be sent back by mail from the developer!

But here is something to explain Apple's secrets;


Its by College Humor so you just know its going to be a hoot!

A friend of mine on Facebook (oh yeah Princess L., I'm talking about you) mentioned the marvelous OKGO and their videos.

Admittedly. she is a bit behind as I have mentioned them a few times in my blog: like here and here  and more...

But it got me thinking and so I went over to the OKGO YouTube site and looked at their latest video. And I was disappointed, I think....

You see, their latest video is fun, and colorful and interesting but was sponsored by Land Rover. Now I get that they make music because they love it and that they need to eat and pay the rent but really? Get sponsored to make the video? I think that's a bit much.

So what do you think? How does the latest video compare with their previous vids?

Heck, a video with musicians in ghillie suits? Respect!!

The horrendous earthquake and tsunamis in Japan were a shocking event for me. But the same as a bus flipping over in New York and killing 14 or the uprisings in Bahrain, Libya and Egypt they don't actually affect me in any way, shape or form.


So the 3rd explosion at the Fukushima Daiichi facility should have no affect on my life. At all. Whatsoever.

How many people do you know who fly to the Far East on a regular basis? I only have 1 friend who goes there at all. One of the few friends I have been in contact with over the last 12 years, through thick and thin. He works with airports and cameras and technology and stuff.

Well, you guessed it. He was in the area.

He is home now, and we'll have a beer or three when he pops over next Sunday. But heck, I learnt that NOTHING is to be taken for granted these days.