The 2001 Victim Compensation Find is running out of money again. 18 years later Congress has still not found a long term solution to help 9/11 first responders suffering from health issues resulting from the toxic conditions at ground zero.


It took first responders all of 5 seconds to officially start helping. Why is it taking almost 20 years to help these heroes with the same no-nonsense attitude?

When an international TV star, and a guy who has presented many times to the US Congress nearly breaks down, twice, then you know that this is serious. Watch the whole thing. It's not that long and he's really good.

So what can you do? Go to the Renew 911 Health website and see if your Member of Congress is a supporter, or not.

Not All Heroes Wear Capes

I've been a bit remiss with this blog in the last few months but finally have time to come back and share with you.

I've seen this chap before, and I was 'meh' about what he had done. Now he has taken it to a whole new level and I've turned that frown upside down:

Below is a video from 2014 and it is still very interesting today - heck, it has over 11.8 million views.

It's been a busy summer on Netflix. The Punisher, Queer Eye and of course Narcos.

One of the most interesting Netflix TV shows I've seen is Marching Orders. It follows the marching band of a Floridian university.
What makes it interesting is the format. Each episode is less than 15 minutes.

There are 3 groups of kids in the band and each episode covers them in turn. And then altogether when they go to 'The Battle of The Bands'.

As an insight into the goings on of university age kids, and how they can be focused, skilled and fun-loving, it is rather awesome.

Binge watch it and enjoy!

"It was the best of times, it was the worst of times". Not an exact quote, but it's the essence of the TV show Killjoys.

It's the distant future, bounty hunters are out there and, like the Strontium Dog in 2000AD or Bruce Willis' character in The Fifth Element, crazy adventures ensue.

You've been locked and served;

Spotify has not only made music much more accessible, it has made it infinitely easier to find new music that you are going to like.

In the past I've raved about OKGO and Pomplamoose, and now there is a new queen of my musical heart - Elle King.

I think it's the mix of bluegrass banjo(?) int he background that really gets the toes a-tapping!

Let us all get ready for a bit of Freddy.

The subject matter is such a classic and yet also controversial figure that this film will really need to walk on a tightrope to get the audience behind it.

Whats not to love? Freddie Mercury's life story. A great man, a great singer and a great band. But that is just it, he means so much to so many people that just portraying him will cause many die-hard fans to have a conniption!

It's going to be interesting, that's for sure.

How Did I Not Know About This Film

The Tour de France is an iconic bike race. Usually won by Lance Armstrong, the race winds up and down France on main roads and side roads, over bridges, under bridges to their destination. 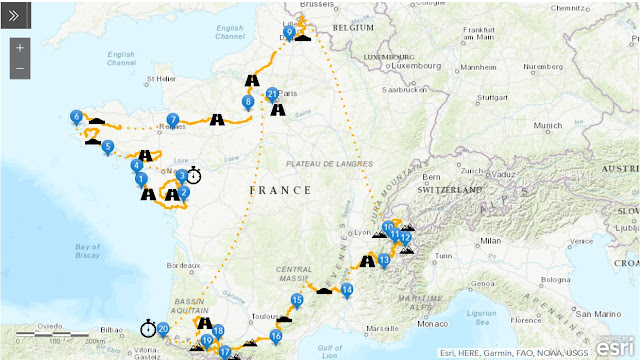 Officially the total race, running from Saturday July 7th to Sunday July 29th 2018, the 105th Tour de France will be made up of 21 stages and will cover a total distance of 3,351 kilometres.

That's one heck of a sporting achievement - to be the first one through the finish line, at the end of all that!

Lance Armstrong is renowned as being a drug cheating scumbucket for this event, so I was surprised to see that he was in a mockumentary about the race.

Tour de Pharmacy, as the name suggests, is about a group of competitors in the Tour de France in the 1980's and their challenges through the different pitfalls of being a rider.

I was surprised i hadn't heard of it because it has some HUGE names appearing in it;

I look forward to watching it soon.

I've been caving, a lifetime ago, when all the equipment we had was a helmet and a flashlight and a sense of adventure.

I remember wriggling and squeezing through small crevices to get through passages, where the walls seemed to be closing in on us and even points where the adults amongst us were told to turn back as the going ahead was only suitable for smaller people. 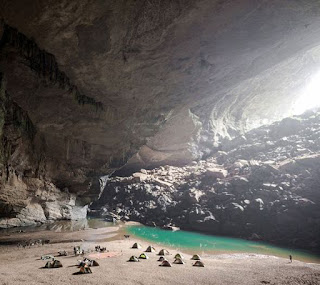 There are some caves that have their own ecosystem, including vegetation, streams and even unique insects that look exceptionally adapted to their dark, moist environments.

We weren't the first people to inquire as to where caves lead to as this article in LiveScience.com shows Remains of 'Maya Underworld' Found in World's Longest Submerged Cave 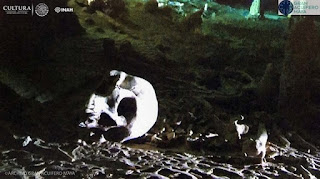 So far we can confirm that caves exist and humans are curious about them. Now we have the final piece in the puzzle. Caves are dangerous; 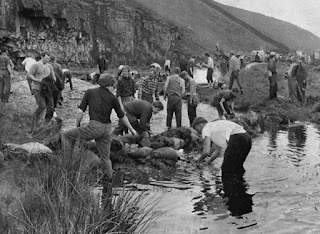 From what information I can gather, cave disasters occur when the rains begin. My research led me to this article, which is definitely not for the faint of heart. 10 True Horror Stories Of People Trapped In Caves

Today's astonishing news, that the Thai cave rescue has proven, so far only partially, succesful really surprised me. That 13 people could walk 4km into a cave complex and survive for 10 days with no food, just amazed me. 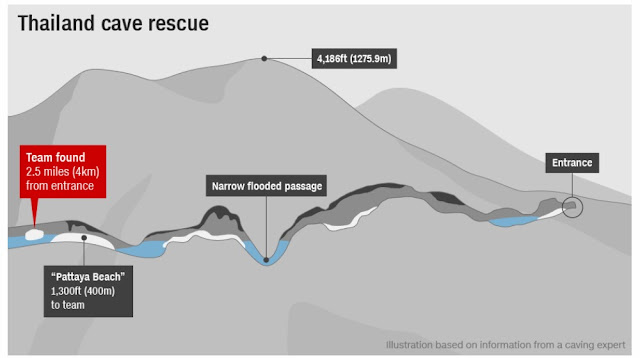 This map is from CNN's explanation of the partial resuce, and whilst I dislike their sensationalising in their normal coverage, they do present most of the facts as we kinow them, in this case. 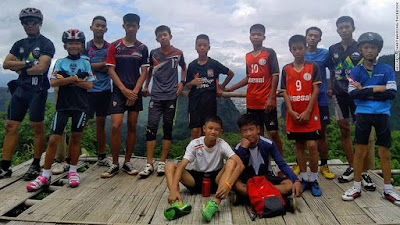 The missing boys, with their coach, are seen here in a photo taken from the coach's Facebook page

Who are the crazy people who  went to rescue these kids? The Thai Navy SEALs were created in the 1950's as the wars on the Asian continent were beginning to blossom. Unlike US Navy SEALS or the British equivalent, the SBS, the Thai Neavy SEALs are not secretive about their personnel or their operations.

“We’ve been waiting for this exact moment to begin the evacuation, when we’re all prepared and the survivors’ safety can be 100 per cent guaranteed,” Narongsak told reporters at the Phong Pha sub-district administration office, where the media had relocated after the Tham Luang cave area was cordoned off by authorities on Thursday night.

Mumford and Sons came onto the music scene back in 2007, and rose to fame with their songs 'I Will Wait', 'Sigh No More' and 'The Cave'.

Great music, all of it, and that's coming from a chap who regularly listens to Dolly, Johnny and Elvis!

We all listen to music in my office, headphones help the concentration, so I was surprised when I looked up during a Mumford and Sons video on YouTube to see some very famous comedians playing the music; 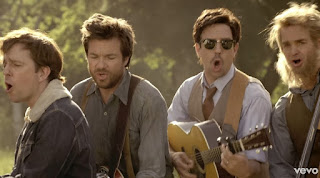 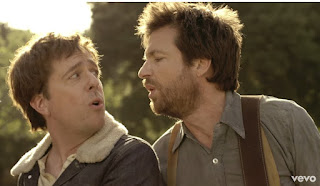 The Life of Brian v The Clergy

John Cleese has been doing the rounds recently promoting his US tour and has thus been on the talk shows. Again.

He has had some very memorable interviews over time, especially around the time of release of The Life of Brian. This one caught my eye yesterday;

Years later the Monty Python team were interviewed about that very interview;

And here is John Cleese on a talk show today. With Taylor Swift.