After the UK increased the number of living Victoria Cross winners a few years ago the American Military Machine are finally waking up to the fact that they have no sight to the end of a war that has already gone on for 11 years.

There is finally going to be a living recipient of the Medal of Honor.

SSG Sal Giunta, a paratrooper w/ the 173rd Airborne, will be awarded the first Medal of Honor given to a living recipient since the Vietnam War. He earned this by charging a group of Taliban who were trying to make off with a wounded comrade in the Korengal Valley of Afghanistan. His actions broke the Taliban’s attack and allowed him to regain control of SGT Josh Brennan. He also saved the lives of the many other members of his unit who had been caught in a fixed ambush by the Taliban. Giunta didn’t hesitate one second before advancing on his own to ensure the enemy would never take one of ours, but sadly Josh Brennan was too badly wounded to survive. His cousin PVT Joe Brennan recently graduated airborne school and has joined the same unit proudly carrying on Josh’s memory.

And you'll never need to buy another drink in a bar. Ever.

Don't worry, I'm only getting all serious for this one post.

I just get so upset by what is happening in Israel that I want to post a couple of these YouTube videos and get your reactions.

And it says a lot when a normal teenager decides to post a literate, concise plea for help from the world:

And a nice prize is on offer for anyone who can answer all of Dry Bones' questions below: 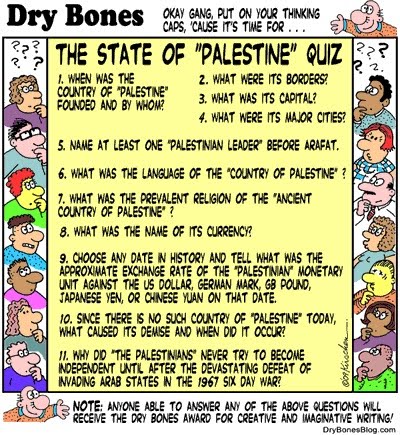 I can't believe it myself but its true!!

Wear Under Armour and Support the Wounded Warrior Project

One thing that many don’t know about Under Armour is how much they support our troops. In addition to sponsoring military and veteran hospital visits by sport celebrities, they are also big supporters of the Wounded Warrior Project. And you can be too with UA’s new line of signature WWP products. The selections include a Polo as well as Long and Short Sleeve Tees emblazoned with the WWP logo.

Additionally, you can directly support a Wounded Warrior by ordering an ultra cool Backpack gift that comes stuffed with the following products:

American on Purpose, The Improbable Adventures of an Unlikely Patriot

American on Purpose, The Improbable Adventures of an Unlikely Patriot by Craig Ferguson

Yes, that Craig Ferguson.
I’m not a huge fan of his. I liked him in The Drew Carey Show and he was an interesting actor in a few films and sitcoms. But I do like him on The Late Late Show. One episode really got to me, the one where he talks from the heart about why he became an American citizen. It is on YouTube in 4 or 5 parts – go Google it!!
I bought this book because I respected the guy and I wanted to see what his story was.
Its an interesting story about a Scottish lad who actually didn’t have it so tough, turned to comedy and mad a go of it. The real story is in how he made it despite of himself. Drugs, women and kilts.
Oh, and did I mention that he is an alcoholic? And was serious about committing suicide at least one time?

My apologies which are an acknowledgment expressing regret or asking pardon for a fault or offense.

I been a bad boy. I gone been and not done my blogging.