I'm a big cowboy fan. I love a good shootout (on TV) and the music and scenery tend to be pretty epic. Its why my favourite tv shows are Longmire and Justified, my favourite films Unforgiven and The Good, The Bad and The Ugly.

When I heard that they were going to remake a classic, I thought it would be a major fail. Like Ghostbusters, the reboot of which received the most dislikes on YouTube of any trailer. Ever.

It received 0ver 656,000 dislikes or thumbs down, in a few hours after release. They were ridiculed for racism, sexism, misogyny and generally being marketing fools.

And then I heard that his amazingness the Chris Pratt was going to be in it, and The Magnificent Seven looked truly Splendiferous:

Here are the original team for the Magnificent Seven:

Here is a reminder of the original film:

Oh, and here is the trailer for The Good, The Bad and The Ugly.

A Long Time Ago In A Galaxy Far, Far Away...

The latest Star Wars film has come and gone. As far as I am concerned, it was just a poor revamp of previous episodes; someone lost in the desert, an orphan with no friends, an alien bar and a resulting fight, a death star. Nothing new there then, heck, the X-wings weren't even updated! 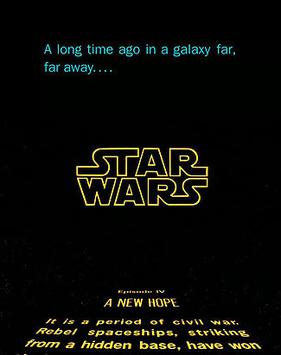 The three components of the opening sequence: the phrase "A long time ago in a galaxy far, far away....", the Star Wars logo and the opening crawl, from the beginning of Star Wars Episode IV: A New Hope. (Photo credit: Wikipedia)

But what if they changed the opening to be more like a Bond film? Would it lose it's cachet?

The video below is an awesome interpretation of what that may have looked like if they had done it for The Empire Strikes Back.

Try And Beat That James

I was originally going to write solely about an amazing singer, Haley Reinhart, who has made many appearances on YouTube on a channel called Postmodern Jukebox.

She is pretty awesome, and with 10s of millions of views, I'm not the only to think so:

And then my favourite late night show host, James Corden had an EPIC Carpool Karaoke.

Anti-Semitism. Who, what and why?

There has been a significant rise in anti-semitism in the UK recently, as well is in mainland Europe.

Finally one of the main political parties had to suspend a few of their Members of Parliament due to their anti-semitic positions.

Howard Jacobson explains why. A real eye-opener and fascinating to listen to.