In todays modern age, it is argued, people don't have time to read a newspaper. Even more critical, newspapers are no longer the 'go to' medium for the latest news, but is print dead?

For years there have been articles in online magazines stating for a fact that print is dead such as in this great article by Jordan Kurzweil Print is Dead! Long Live Print? And then there are the counter articles 'Who Said Print Was Dead?' and of course, 'The beautiful magazines setting out to prove print isn't dead'

What we forget whenever we see an 'old', stereotyped industry having issues is that there is always new blood coming through, pushing the boundaries of what we thought we knew.

Many people ask 'How can the fuddy-duddy old print industry live in 2015 and onwards?'. I don't need to give an answer when I can show you:

On top of those pioneers in an old field who are using twitter, youtube and other social media to get the word out, there is still digital journalism, and it appears that whenever it is not used to prop up an old and failing newspaper, it does rather well as this Interview with Mathew Ingram of GigaOM on Journalism, Social, and The Next Big Thing - will show you.

Anyway, I'm off to read a book.

I'm not a great fan of tattoos, I can see how they are art and how others may enjoy them, but for me, I prefer to keep my skin 'clean'. I even used to watch Miami Ink with Ami James, Darren Brass, Chris Garver and of course, the irreplaceable Kat Von D.

An old friend of mine in the Royal Navy used to tell me not to get tattoos. He had arms full of them, the names of each of his kids, his wives (yes, more than one!) and a little symbol for each ship he'd served on. They were all beginning to fade somewhat, his kids are all in their 30's now so I guess the 'tats' were that old too.

Here a father shows his displeasure at his son's tattoos

And here is the main reason I'll never get a tattoo. Tattoo mistakes: 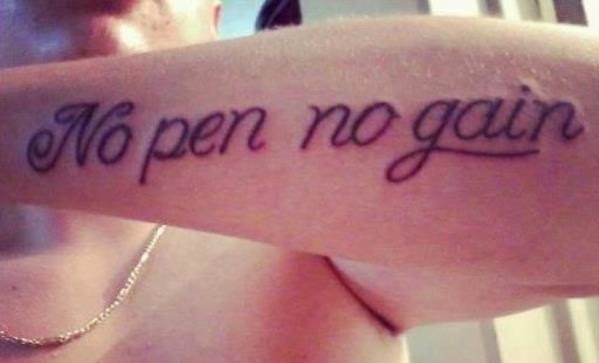 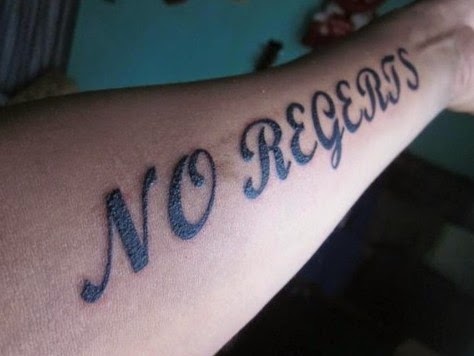 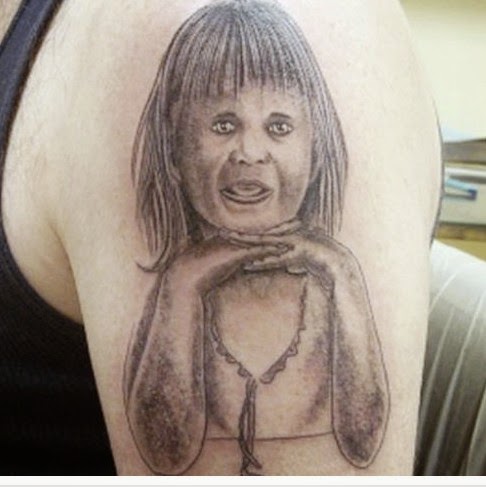 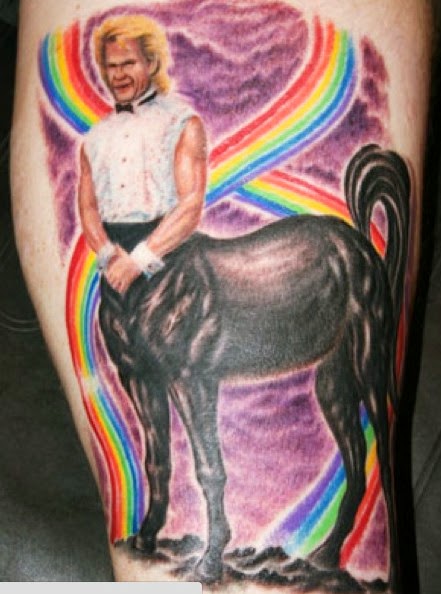 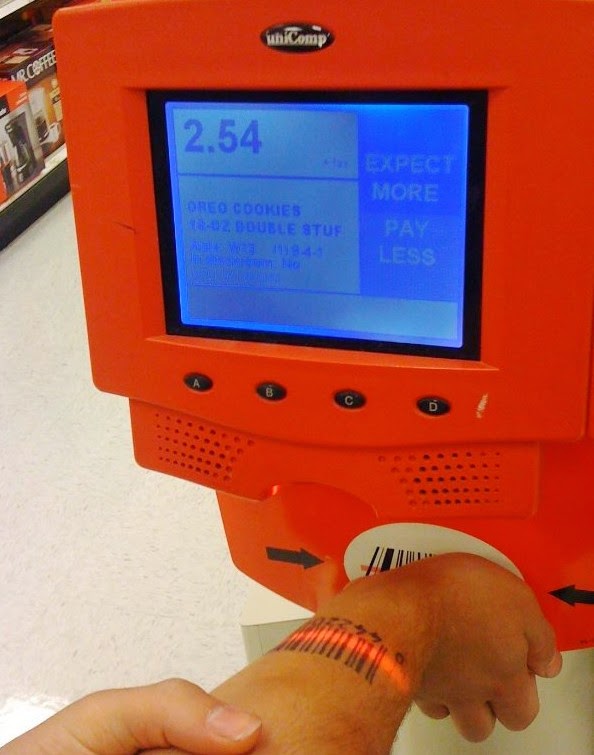 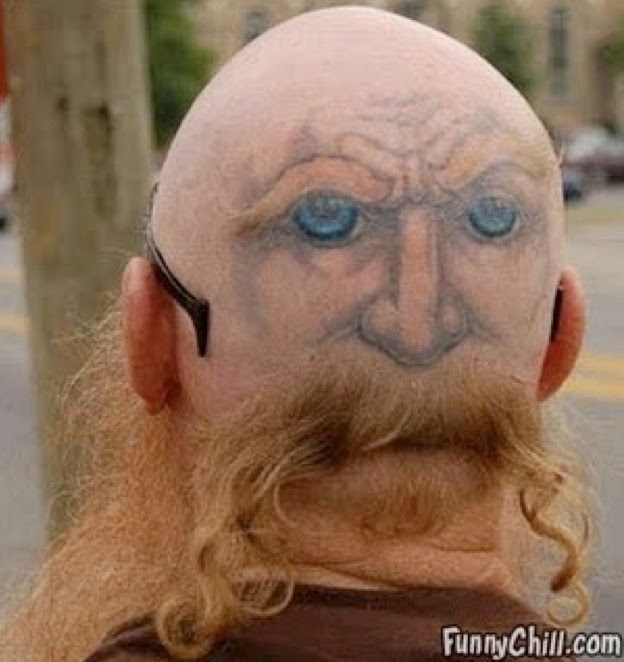 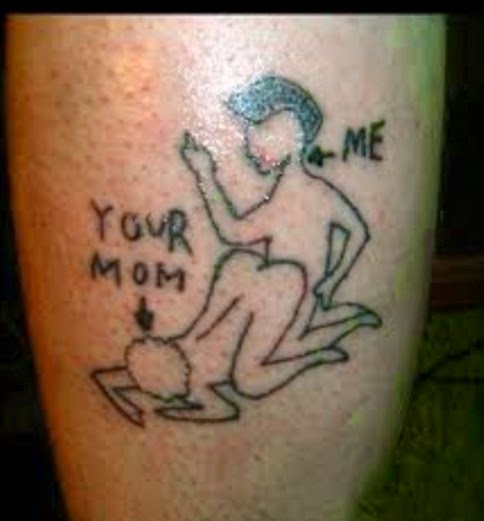 I grew up believing that Coca-Cola was a refreshing, thirst quenching drink that would get everyone singing together.

Today I hardly touch the stuff. I've become a bit of a soda water addict ever since SodaStream had an awesome ad campaign near us - and then, of course, they ruled the SuperBowl with this:

I have a degree in marketing and I know that Coke is one of the top brands in the world. Ever. Just as McDonald's was stung by the documentary 'Supersize Me', the video below may be a nail in the coffin of Coca Cola, which is already, no longer seen as the consumer's friend:

That doesn't put you off? Then what about this:

23 sachets of sugar! 44 in the bigger cup!! I would not like to drink a JUG of coffee with 23 packets of sugar in it.

And don't get me started on the lava/coca cola action

A Peak Behind the Photographic Curtain - Update

Last year I wrote about Yosef Adest, in 'A Peak Behind the Photographic Curtain' as an up and coming photographer and cinematographer - I'd go so far as to call him a very talented, high level 'visualist', but then again, that's just me.

What To Do When You're All Alone?

Bored? Tired? Ready to get on that plane home already?

So what would you do if you were stuck in Las Vegas airport all by yourself over-night?

Not make a Celine Dion fan video I guess.


Please share this before some copyright lawyer has them take it down for copyright infringement!

Rik Mayall was an amazing comedian. He was funny in his own right, yet was one of those performers who just takes over the whole screen whenever you see them, like Will Ferrel or Oprah Winfrey.

His big break came at The Comic Strip Club, performing with comedy partner Adrian Edmondson as 20th Century Coyote in the 1980s, which led to cult television hit The Comic Strip Present where he starred opposite Dawn French and Jennifer Saunders as well as Nigel Planer, Keith Allen and Alexei Sayle.

He co-wrote The Young Ones with Lise Mayer and Ben Elton, which ran for 12 episodes between 1982 and 1985. It shared cult status and schoolboy humour with later sitcom Bottom in which he starred with his best friend Adrian Edmondson.

Here is Rik on the David Letterman Show:

The real Rik comes through here;


He also appeared as a voice on many cartoons and animated films and shows, and it was always with a warm feeling that I'd recognize his voice and visualize who was behind the character.

Blackadder, The New Statesman and Bottom were some of his more glorious moments where he really came to the fore as a performer. His dedication, fun and saucy look to camera will always be how I best remember him. 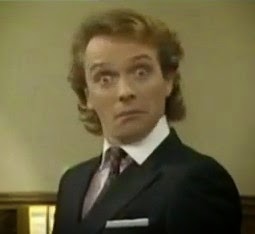