Hows the weather by you?

You think you've had it bad over this dismal winter?

Check out the Japanese Alps in Honshu, Japan’s largest island, where plows open winter roads by digging through 56 feet of snow: 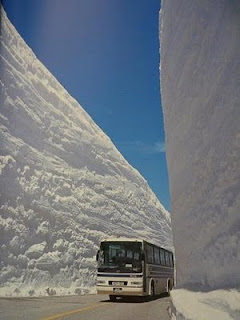 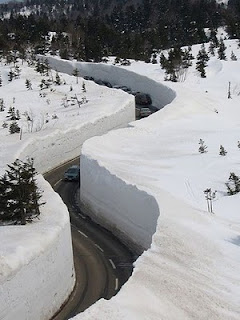 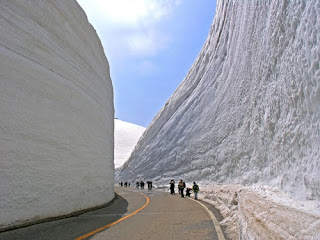 Just amazing. Here is how they cut the roadway out;

So, what do you think of the image below? Wolverine or 2 Bat Men? 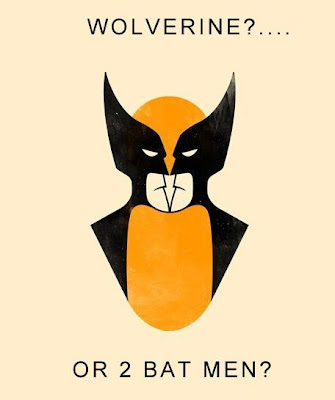 Robert Kubica is a Formula Driver. He is pretty fast, coming in regularly in the top 10. He seems like a nice chap and is originally from Poland. I was a bit dismayed when I read that he had been in a serious crash whilst rallying in the off season for Formula 1.

There was teeth grinding and angry shouts from fans that no F1 drivers should be allowed to do this kind of dangerous work. My answer was that not only are they big enough to make their own decisions but but these drivers are some of the most competitive, fit, and lets be honest, arrogant, drivers alive today. Telling them not to do something driving  and competitive really isn't very clever.

Like Mark Webber last year, admitting that he actually had an injured shoulder through some races but didn't tell his team in case they got angry.

I just wanted to see how injured poor Robert was so I downloaded this video. I'm sharing it because its interesting to see the simulation - and there is definitely an 'oh my God!' moment in there too. Key thing to look out for? Large lump of metal in the form of a girder!

In the crash Robert suffered multiple fractures to his right arm, leg and hand.

I like clever stuff. The wittier the better, the more interesting - the more fun. So watch this video from www.findajobalready.com and try to convince me that it doesn't extract a little grin from you.

And if you know anyone who is looking for a job, maybe pass it on to them too.

Going One Way or Another

A tough looking group of bikers were riding when they saw a girl about to jump off a bridge so they stop.

The leader, a big burly man, gets off his bike and says, “What are you doing?”

“I’m going to commit a suicide,” she says.

While he did not want to appear insensitive, he didn’t want to miss an opportunity he asked “Well, before you jump, why don’t you give me a kiss?”

So, she does and it was a long, deep lingering kiss.

After she’s finished, the biker says, “Wow! That was the best kiss I have ever had. That’s a real talent you are wasting. You could be famous. Why are you committing suicide?”

With the Christmas and New Year's holidays over we're all starting to look forwards to the summer.

Well, I am anyway! So here is a little video explaining how to pack your case.

Where Broccoli Comes From

In an effort to help educate kids about the countryside, and where their food comes from, the comedian Bill Bailey shows just how easy it is to downright lie to kids;

Whats the best lie you ever told a kid?

Jon Stewart Makes It Into The Top 10 - Twice

I've been trawling through some great websites recently, trying to find out what 2010 was all about, what we can learn from it and what we can do better this year.

But I didn't find much.

Jon Stewart did stand out though, not only in my personal top 10, but in many bloggers' and websites' too. So here is why he is seen as one of, if not the, top TV show host out there today;

2010 wasn’t an easy year for the LGBT community. Despite political victories like a federal judge’s overturning of California’s Proposition 8 (which made gay marriage illegal) and the recent repeal of “Don’t Ask, Don’t Tell,” a series of suicides of gay teens cast a dark shadow over the movement and pointed out how long our society still has to go on the long road towards tolerance.

In an attempt to reach out to other young LGBT people, there was a huge outpouring of support from the comedy community, organized by Dan Savage. With a simple, powerful message -– “It gets better” -– comedians all over the country reminded young homosexuals that there is light at the end of the tunnel, and that if you ever feel under attack for your sexual orientation, hey, you can always take improv classes.

If you want some focused and personal views on whats happening in Egypt right now then these are the blogs to read:

The true dimensions of the Egyptian crisis by Bayou Renaissance Man 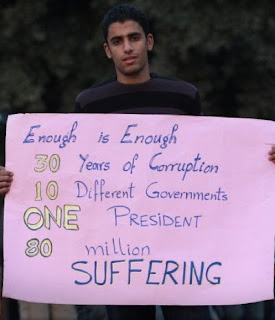