Halloween is here and so are the pumpkin flavored everything!

Best Horror Movie to Watch: What We Do In The Shadows

With a whopping 96% rating on Rotten Tomatoes this film is basically about a documentary crew who are invited to the home of four flatmates who just happen to be ancient vampires. You know, as you do. 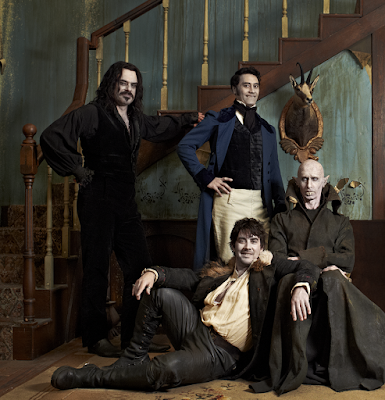 "When terrifying supernatural forces once again begin to affect Hawkins, they realize Will's disappearance was only the beginning. And so the adventure continues..." 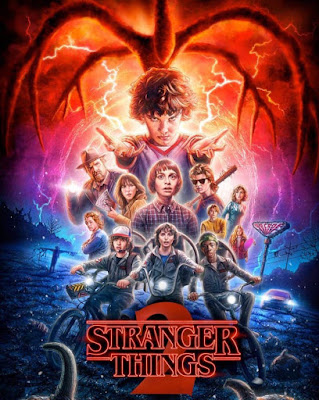 Five days after Owen Zastava Pitt pushed his insufferable boss out of a fourteenth story window, he woke up in the hospital with a scarred face, an unbelievable memory, and a job offer. 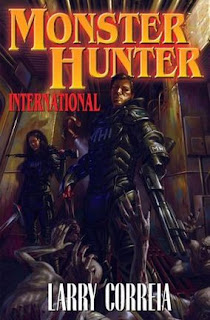 I've tried them all and I can highly recommend them ;-)

Email ThisBlogThis!Share to TwitterShare to FacebookShare to Pinterest
Labels: Barb, Halloween, Larry Correia, Monster Hunter International, pumpkin flavour, stranger things, stranger things 2, vampire, What We Do In The Shadows, Where is Barb

As the renowned author Bill Bryson explained in his novel "Made in America: An Informal History of the English Language in the United States" there was a coin-toss between America being English speaking and German speaking - yes, it was that close!

So I wasn't surprised when footage surfaced of the forgotten 1939 Nazi rally in Madison Square Garden, where a Jewish protester was beaten and stripped as a speaker on stage called for a 'white, gentile-ruled USA'. You know, as you do...

Oh look, it's George Washington, the American flag and a swastika. And that would be at Madison Square Gardens.

According to the Daily Mail, in the article "Revealed: The shocking and forgotten 1939 Nazi rally in Madison Square Garden, where a Jewish protester was beaten and stripped as a speaker on stage called for a 'white, gentile-ruled USA"

On February 20, 1939, some 20,000 American fascists gathered in New York City for a 'pro-American rally'
Organized by the German American Bund, it mocked 'Jewish media' and demanded America be run by whites
At the back of the stage, a 30-foot George Washington painting stood next to Nazi swastika-laden banners
Crowds gave the American flag Nazi salutes, and at the end stood for The Star-Spangled Banner
A Jewish plumber's helper stormed the stage and was beaten up by Nazis and arrested and fined by police
At the time, Nazism was accepted as part of the national debate and rich celebrities supported Nazi ideals
Only with America's entry into the Second World War did the public's attitudes towards fascism change

So there you go. Nazis have been in America before, and they seem to be around there again.