The Law is an Ass

God forbid you have a loved one who gets killed in the line of duty, overseas.

After the emotional roller-coaster you and your family go through before the body of your loved can be returned to you, the day of the funeral arrives.

At the funeral you find a group of anti-gay protesters clamoring throughout the service.Personally I'd claim sever emotional distress and use some buck shot to scatter them.

Neptunus Lex shows us that reality isn't so easy:

The father of a Marine slain in Iraq has been ordered to pay the court costs of the odious Phelps clan:


Lawyers for the father of a Marine who died in Iraq and whose funeral was picketed by anti-gay protesters say a court has ordered him to pay the protesters’ appeal costs.
On Friday, the Court of Appeals for the Fourth Circuit ordered that Albert Snyder of York, Pa., pay costs associated with Fred Phelps’ appeal. Phelps is the leader of the Westboro Baptist Church, which conducted protests at the funeral of Snyder’s son, Marine Lance Cpl. Matthew Snyder, in Westminster in 2006.
Lawyers for Snyder say the Court of Appeals has ordered him to pay $16,510.80 to Phelps for costs relating to the appeal, despite the fact that the U.S. Supreme Court has agreed to review the Court of Appeals’ decision.

I guess he hadn’t given enough.

I know I get bored.

I know I need a bit of direction.

But I think she needs help first:

I'm just saying - don't send the picture below to your loved one.

I read this story a while ago and was very impressed it on a variety of levels. 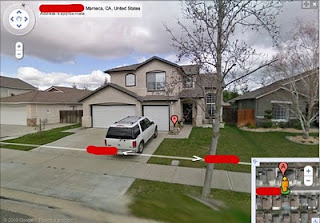 The ingenious use of Google Earth and the iPhone applications themselves to find the thief just blew me away!


I think you'll like you'll enjoy the story too;


How to catch an iThief

I just don't get it

A coalition of countries are at war, where there are casualties on a daily basis.

A total of 276 British troops have died in the Afghan conflict since operations began in 2001.

The bodies of two soldiers killed in Afghanistan last week will be brought back to the UK on Tuesday.

L/Cpl Scott Hardy and Private James Grigg, both from the 1st Battalion The Royal Anglian Regiment, died last Tuesday north of Musa Qalah.
The cortege will pass through Wootton Bassett after arriving at RAF Lyneham.

Army to sack 500 soldiers because of troop 'cap'

Up to 500 soldiers will lose their jobs under a plan to reshape the Army to better meet the challenges of operations in Afghanistan, the Ministry of Defence announced today.

Unbelievably, 500 of the army's most learned and experienced NCOs are going to be getting the boot soon.


Can you explain why?

A U.S. Marine squad was marching north of Fallujah when they came upon an Iraqi terrorist who was badly injured and unconscious. On the opposite side of the road was an American Marine in a similar but less serious state.

The Marine was conscious and alert and as first aid was given to both men, the squad leader asked the injured Marine what had happened.
The Marine reported, "I was heavily armed and moving north along the highway here, and coming south was a heavily armed insurgent. We saw each other and both took cover in the ditches along the road. I yelled to him that Saddam Hussein was a miserable, lowlife scum bag who got what he deserved. And he yelled back that Barack Obama is a lying, good-for-nothing, left wing Commie who isn't even an American.

So I said that Osama Bin Laden dresses and acts like a frigid, mean-spirited lesbian! He retaliated by yelling, "Oh yeah? Well, so does Nancy Pelosi!"

"And, there we were, in the middle of the road, shaking hands, when a truck hit us."

Mucho gracias to Blackfork for the original.

I've just finished watching the first in a series of shows by Tom Hanks and Steven Spielberg and I'm quite disappointed.

Don't get me wrong, I'm a big fan of these giants of the movie industry. I loved 'Band of Brothers' and no doubt I'll enjoy the rest of the series of 'Pacific' but right now its not doing it for me.

I understand that 'Pacific' is based very loosely on Eugene Sledge's book With the Old Breed At Peleliu and Okinawa. This is a masterpiece of a book which I have read, and reread often. It really brings war on the Japanese front alive in a way that few other books have been able to do.

If you want  a few good books about the 2nd World War and are fed up with Stephen Ambrose's regurgitation of the same few stories under different titles then may I suggest the following;


A Writer at War - Vasily Grossman, with the Red Army 1941 - 1945
Sniper on the Eastern Front, Albrecht Wacker (The German side of battle)
The Day the War Ended - Martin Gilbert (A myriad of 2WW first hand accounts)

But I digress. "Pacific" doesn't follow the same format as Band of Brothers which is a bit of a shame as we don't go through training with the 'team'. We don't know their names, we don't know their ranks or place in the hierarchy of the unit. So all we get to see are a few Marines going to war.

So far I can take it or leave it. There is no doubt in my mind that I'll watch the whole series, I just don't really care right now what happens to the characters. Which, I guess, is a shame.

I live in a relatively 'interesting' part of the world. Below is a photo that was recently taken from my car as I drove to work. Not to a border crossing or to a remote location near an army base but on a main freeway between two cities.

I also get to see many cars with CD number plates, Swiss Red Cross vehicles and a multitude of UN buses and people carriers.


On some rare occasions I see 'Doctors Without Borders' vehicles and I just don't get what they do that the UN, The Red Cross and the State itself do. So I wasn't particularly surprised to read what JayG over at MArooned had to share on Thursday in his blog-post 'Idi Amin Was A Humanitarian, Too'


Three years ago, after decades of performing volunteer operations worldwide, George Whitelaw decided he wanted to do something that would have a broader impact.

The orthopedic surgeon from Milton started a small nonprofit organization to provide primary care to children in Central America. He called his organization Children Without Borders, because “our treatment is without borders, and our patients are without borders,’’ he said.

Seems pretty straightforward, right? Except that some didn't see it that way:


The operation was running smoothly - it had grown to have a $60,000 annual budget and three clinics in Costa Rica - until last summer, when Whitelaw received a cease-and-desist letter from a similar but vastly larger organization, Doctors Without Borders. The Geneva-based organization, which employs 27,000 people and has an annual budget of more than $800 million, said the group was infringing on its trademark and threatened legal action if Whitelaw did not change its name.

JayG ends with what I think is a very inciteful line:

I mean, I'll admit to being suspicious man by nature, but when a Google search on "Doctors Without Borders" brings up 4 out of 10 hits for donations...

Go to MArooned to read the full article:Idi Amin Was a Humanitarian, Too...Remember, "It's for the Children™"...

I saw this motivational picture and really laughed out loud. 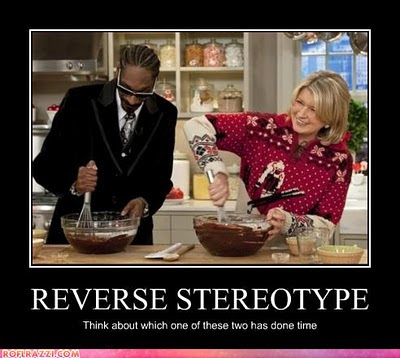 Reverse stereotype - Think about which one fo these two has done time
Thought you might giggle too.

I read a fair bit. Not just the contents of Google Reader but a newspaper every morning and for 30 - 60 miuntes I read a novel in bed every night.

Recently I have started reading more new authors and I can assure you that as soon as Marko Kloos' novel is out I'll be buying it.

The link to his latest short story 'Lucky Thirteen' is HERE. I found it very interesting, exciting and believable. Definitely worth a read - now.

What are your thoughts on the story?

So where is the internet taking us now? Much like int he late 1800s when the leaders of industry announced that everything that could be invented, has been invented, we seem to have come to some kind of impasse with the internet and technology.

Mac have introduced the iPad which many are calling simply a larger iPhone, just without half of the functionality. 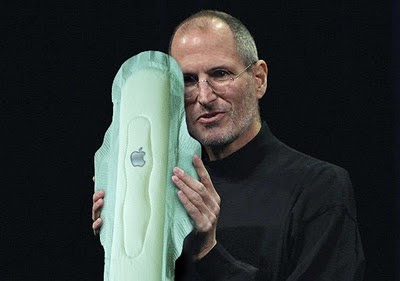 Steve Jobs and his latest invention, the iPad. (ahem)
Daniel Sevitt, over at 'Eyeview's blog' discusses viral videos and their suckiness.

He mentions the video below which I found wonderful, and I hope you do too!