Exercise Made Me Vomit Until..

I've recently gotten back into serious exercise. For me, that means 30-45 minutes on an elliptical machine once or twice a day.
The elliptical I chose is the NordicTrack SE3i. It is surprisingly rugged and takes a beating from my 'low center of gravity' profile. 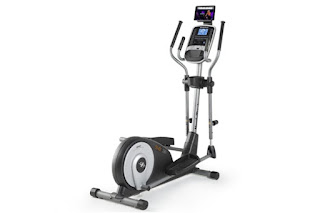 I have to find the time between work, the kids, and general life and that means that more than once I've had my supper - and then been told that it is my turn on the machine!
Each session on my elliptical is now up to 45 minutes so I'm trying to find good things to watch on Netflix. And there really is a lot of crappy TV out there!
Anyhoo, just this evening I had my simple supper and was ready to sit in front of the computer for a few hours when I was informed that it was my turn to exercise. Awesome! 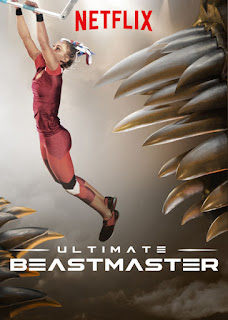 Then I remembered that I had just eaten and I had flashbacks to 'vomit runs' in my past. Not good. By ten minutes in I was feeling nauseous. I slowed down my pace and then decided to watch something more interesting to take my mind off things.
Ultimate Beast Master was my savior. It is a reality series with mildly insane presenters but top-rate athletes who try and take on an ever-changing assault course.
And just like that, my nausea left.
kthanxbai!
Jumblerant
at 1/25/2022 11:00:00 AM No comments:

TV Shows That Are, 'Slightly Different', But Worth Watching Anyway

So last time I wrote about Netflix shows to watch. Now its HBO shows that are, how do I say it? "Easy to write about"?
Landscapers
Starring Olivia Colman and David Thewlis.- need I say more? We know it is going to be amazing already. It's a dark comedy, crime, romance. with interesting twists and turns, both in the script, and in the production.
Landscapers tells a unique love story involving a seemingly ordinary British couple who are actually swept up in a fusion of love, murder, betrayal, and Gerard Depardieu.
5/5 would recommend
Will Smith’s ‘Best Shape Of My Life’
Will Smith? Love the guy. Funny, interesting, 'real', and now he is trying to get rid of his Dad bod. Awesome. In fact - ME TOO! However, I don't have unlimited resources or a trainer, psychologist, and cook on hand. I know, crazy eh?
So how is this classified as interesting? Because with all of his money and ability and pressure from society, he still fails.
Losing 20lbs in 20 weeks? Easy as pie..
Yes, I will be watching this show.
Read this article about the show too, it has some very interesting ideas about what Will could have and should have done differently.
Celebrity Substitute
This isn't a new show, but one I just found. The show is for kids with virtual learning classes who are getting bored of their teachers. Instead of their normal teacher presenting the class, it's a celebrity!
Ken Jeong explains Your Guts
Karlie Kloss Explains How Computers Work
Terry Crews appears as well, but watch it to find out why!
kthanxbai!
Jumblerant
at 1/24/2022 10:00:00 AM No comments:

I've had a lot of time to watch TV recently. We don't have cable, just Netflix and other online channels.
Netflix is my favorite by a long way, they just have the better shows.
So, what to watch right now:
After Life. Ricky Gervais, the genius BUT there is an amazing supporting cast, they even outshine Ricky at many points.
It's hard to explain, but I laugh, and I cry, and then I laugh again. Watch it.
Tiger King: The Doc Antle Story.
You thought that Joe Exotic was more bonkers than a Tasmanian devil on steroids? Just you wait until you see behind the craziness that is Doc Antle.
Narcos Mexico
This isn't just another rehash of the original, Colombian-based Narcos, but the story of the fights within the Mexican cartel, as well as their downfall.
Each season has a different perspective, that interweaves, and don't be surprised when old friends from the original Narcos turn up.
So go off and watch these awesome Netflix shows.
kthanxbai!
Jumblerant
at 1/19/2022 10:30:00 AM No comments: