Did You Have A Long Day?

Tired? Get out of bed too early today? Well here is a video that'll make you part of a worldwide prank that was played out over a few months.

Whilst working today I was surprised then scared then smiled at the Google logo for today: 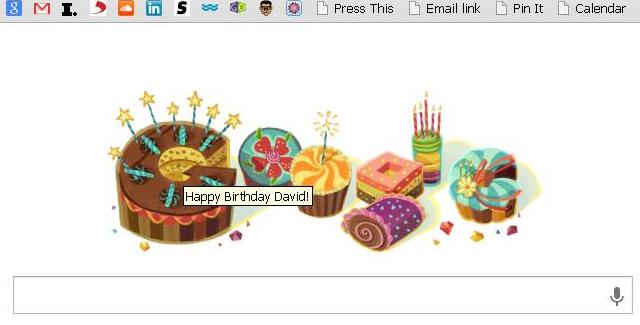 What? This wasn't your Google logo today?

What else happened on this momentous day? Courtesy of Mostly Cajun;

1780 – At the Battle of Waxhaws, Lieutenant Colonel Banastre Tarleton massacres Colonel Abraham Buford’s continentals allegedly after the continentals surrender. 113 Americans are killed. Nothing like a good massacre to show how you really feel.
1849 – Lincoln says “You can fool some of the people all of the time, all of people some of time, but you can’t fool all of the people all of time”. The dimmocrat party says “all you gotta do is fool enough to get yourself elected, then screw the rest…”
1864 – Emperor Maximilian of Mexico arrives in Mexico for the first time. He has the full backing of the French government which naturally means he’s a despot, later executed by his own rebellious people.
1886 – Chemist John Pemberton places his first advertisement for Coca-Cola, the ad appearing in the Atlanta Journal.
1942 – Bing Crosby, the Ken Darby Singers and the John Scott Trotter Orchestra record Irving Berlin’s “White Christmas”, the best-selling Christmas album in history, for Decca Records in Los Angeles. Come Christmas time, it’s either this, or “Grandma Got Run Over by a Reindeer”.

1953 – Sir Edmund Hillary and Sherpa Tenzing Norgay are the first people to reach the summit of Mount Everest, on Tenzing Norgay’s (adopted) 39th birthday. Hillary Clinton, born in 1947, is, by her own words, named after Sir Edmund, who was completely unknown in 1947, which means she should be president.
1977 – Janet Guthrie becomes first woman to drive in Indy 500, completes first ten laps while applying mascara.
1987 – Michael Jackson attempts to buy Elephant Man’s remains, offering a slightly used Cub Scout troop and an undisclosed amount of cash.

Anyway, back to the birthday cake, candles and mountain of gifts!
Toodlepips  and kthanxbai!

I found these on my computer today and thought I'd share them before filing thme away somewhere and not seeing them again until 2074! 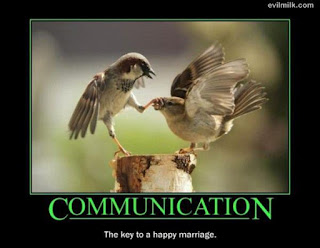 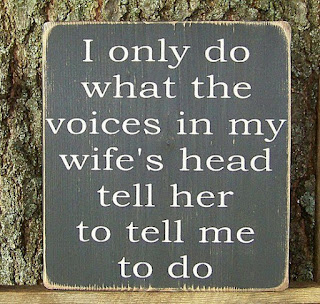 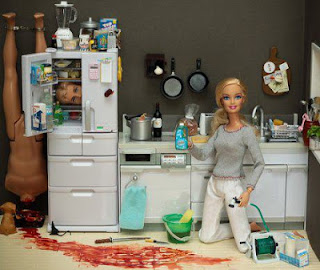 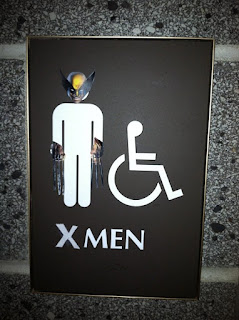 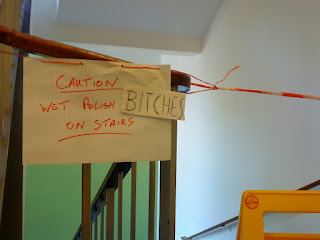 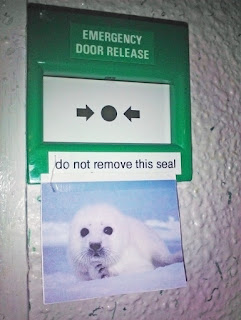 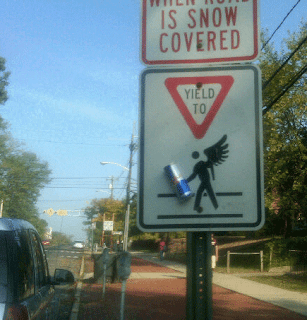 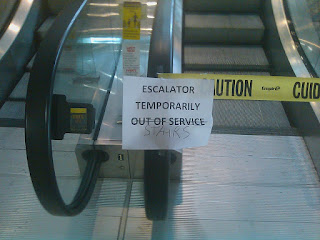 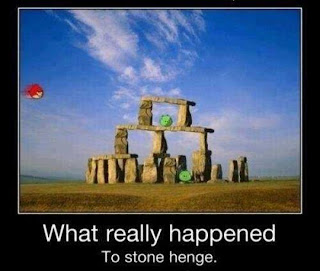 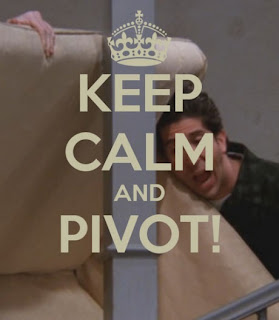 This video is just a little bit too crazy to not be staged, but on the other hand, its stuck in the middle of nowhere not being pushed or promoted so maybe it is real?

What do you think?

Thanks for the support over the last few years. I wouldn't have been able to reach 100,000 page views without you.

You should watch this video.

It shows a true super-hero, a man who looks death in the face and says 'bring it on sucker'.

First it was Larry Correia with the Monster Hunter series.

Then it was Marko Kloos with Terms of Enlistment

And now Peter, the most prolific and entertaining blogger I know - Take The Star Road

I've said it before and I'll say it again, Will Ferrell is so funny, he makes me hurt my ribs laughing sometimes. This teaser trailer for Anchorman 2 is one such time.

And as the man says - "You Stay Classy".


Nick Searcy is an international movie and TV star, but you knew that.

You might know him from Justified, Fried Green Tomatoes, CSI, The West Wing and From The Earth to the Moon.

Heck, he is such a good actor he even had a role in Cast Away, and considering that it was a film of a man on a deserted island, you know he has to be good to get in on that action.

From 1982 to 1989, Searcy lived in New York where he did Off-Broadway plays. Some of these included Guys and Dolls, Cabaret and Jesus Christ Superstar. When he moved back to North Carolina, he began to act in features that were shooting locally. Small parts in Days of Thunder (1990) and The Prince of Tides led to the role of the malicious Frank in Fried Green Tomatoes (1991)

Searcy has appeared in several television series. He had a recurring role as Brett on Thunder Alley, was a series regular on American Gothic and guest starred on Murder One and Nash Bridges with Don Johnson. He was a regular character on the series Seven Days from 1998 to 2001, and played Barry Martin on the ABC series Rodney, from 2004 to 2006. He has also starred in several TV movies, but I don't think we need to go into that much detail.

Nick is not just an amazing actor, he is also an extremely funny man.

Recently he has written, produced, starred in and directed a series called 'Acting School' an exceptionally tongue in cheek look at a TV star's life and 'method' in his art.

Enjoy them, I know that I did!

Game of Thrones - Your Imagination

I have many faults. I'm the first to admit it . It's that I'm 'too handsome' or 'too clever', no, I just get annoyed at stupid people.

My main issue with stupid people is when they quote me lines from a movie, and yes, the movie was excellent but guess what - pillock - you didn't write the move, you just watched it.

A prime example is last week at the office, a part-time employee who sits at a desk near me came by and said to me 'wheres the fish?'. I looked at him as if he had just been at the markers in the board room.

Turns out, the muppet had been watching Monty Python over the weekend and thought that line to be the weirdest one ever. That wasn't even the part that embarrassed me, as it further transpires that he had never even bothered to watch the Monty Python TV show, which most people regard as their best work.

And then there are the people that think that because they have seen the film they can't now read the book, or alternatively, instead of reading the book, they'll just watch the film.

THE BOOK IS ALWAYS BETTER THAN THE FILM.

Anyway, I'm off for a can of spam and a wafer thin mint in a minute but before that, here is someone else's rant about books and TV shows. In song form.

Further to my rather deep post about The Harlem Shake, below is a fine example of what happens when you don't take the proper precautions.

Be safe out there kids!

Will The Media Show You This Photo?

Having worked alongside some fine men in the military and police in Israel, and other countries. I can assure you that this border policeman is using the utmost control that you can imagine.

But I guess this photo isn't worth publishing: 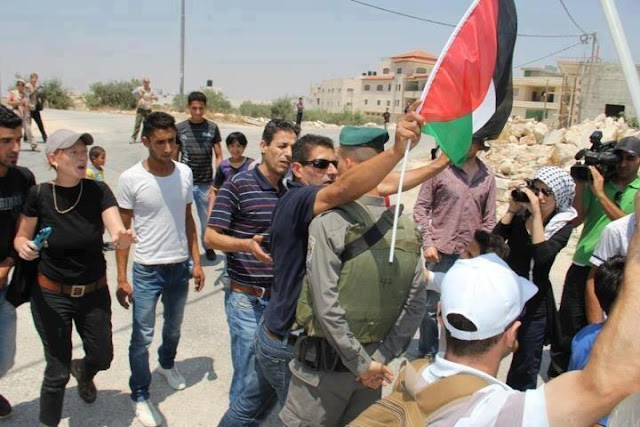 Let's break it down a bit further;

The policeman is armed, probably with a standard M16A2, also, almost definitely with a magazine in already, although as he is not wearing a helmet, I assume that he does not have a round up the chamber. He is not even touching his weapon.

Now let's see how many members of the 'International Press' are in this image, discounting the one who took the photo; 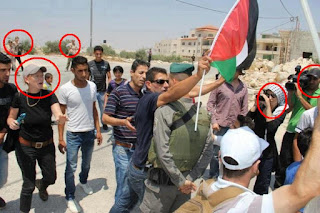 At least five that I can see.

So this policeman is having the following done to him that any law enforcement agent I know would arrest someone for:

1. Someone in his face, not keeping a respectful distance
2. Touching him, whilst not illegal, is exceptionally close to 'assaulting an officer'
3. Initiating a fight with a law enforcement agent. This man holding the flag doesn't look to me, that his purpose is to give the nice officer a hug. 'Incitement'

With at least 6 members of the international press present, the photo and video footage of this policeman showing exceptional restraint doesn't get any air time. I guess he just needs to follow the stereotypical image of an Israeli thug and needs to bash this man around the head to get his 15 minutes of fame.

I can promise you that if the man holding the flag were to do what he is doing to an American or British policeman he would already have been laid out flat on the floor with the 'bracelets' being put on his wrists.

I guess the truth just hurts too much...

This is a great little TedMed talk given by Eli Beer about the nation-wide volunteer organisation that saves thousands of lives every year.

It crosses boundaries of religion, race and colour and has changed the way that emergency responders are looked at the world over.

It all began with one guy full of chutzpa...

A Letter to the World from Jerusalem

I read this letter over the weekend and was amazed at how accurate it was.

Having lived in Jerusalem between 2001 and 2010 I can completely understand where the author is coming from:

A Letter to the World from Jerusalem