I've always loved Formula 1 and have written about it a few times Monza F1 Accident , I found me a new hero and Formula 1 easy driving

This interview is a simple, no-frills explanation of what the business end of a formula 1 car feels like to drive.

Email ThisBlogThis!Share to TwitterShare to FacebookShare to Pinterest
Labels: F1, Formula One, Formula One car

I love me some Will Ferrell, in my opinion one of the funniest men on the planet today, he repeatedly pushes the boundary of comedy in a way that even the best improv stand up hasn't done in a long time (beginning when Drew Carey beat humour to death as the host on Whose Line Is It Anyway).

Anyhoo, mix Mr. Ferrel with other comedic talents such as Dave Koechner, Paul Rudd and His Comedic Highness the Steve of Carell, we just know that Anchorman 2 is going to be one long laughfest. With a little bit of 'oh no, you didn't' in the middle somewhere.

So here, for your viewing pleasure, a little teaser for Anchorman 2.

Exclusive Anchorman 2 Teaser from Will Ferrell

Due to honour, gratitude and a sense of belief in society, a strong tradition has grown in certain areas of  Japan to perform the 4th Movement of Beethoven's 9th Symphony.

I hope that your socks are as knocked off as mine were!

We all know that when we were kids it was tougher, harder and there was more crime, morbidity and less smiles.

So its nice to see that some kids are just out there having fun and challenging themselves.

James Bond is Back!

Jimmy B is coming back with what looks like another amazing, action packed. stunning movie.

And for a change, I think I might even go and watch it in the cinema / movie theatre.

I've not been to a cinema since 19 December 2003, when the 3rd part of the Lord of the Rings Saga was released, I just don't like them. Everyone crammed in to a small area, sharing the movie experience with complete strangers - just not my thing.

With the new era of deluxe cinema experiences I think I'd like to take Mrs. Jumblerant out and show her what modern snack eating and soda drinking is all about.

And, in this glorious celebratory year for Queen Elizabeth II, I'll get to see a bit of Ol' Blighty in the process!

I guess its nothing too serious but I have recently become somewhat discombobulated by something that really shouldn't disturb me.

Yes, I know that fruits are the means by which many plants disseminate seeds. Many plants bearing edible fruits, in particular, have propagated with the movements of humans and animals in a symbiotic relationship as a means for seed dispersal and nutrition, respectively; in fact, humans and many animals have become dependent on fruits as a source of food. Including my parents.

So why should my nose get out of joint because we have a few new fruits? Because its odd. It's Dolly the Sheep all over again.

So if you're going to muck around at least take 2 serious fruits and make them into something funtastic - pineapple and kiwi, coconut and banana, strawberry and a guava.

This is what the world can look forward to:

Tangelo - A citrus fruit hybrid of a tangerine and a grapefruit
Grapple - Apple that has been specially treated so that it tastes like grapes.
Aprium - Complex crossing of a plum and an apricot.
Orangelo - A cross between a grapefruit and an orange
Plumcot - Another plum/apricot hybrid.
Pineberry - A white-looking strawberry with flesh tasting of pineapple.

I recently received an email from Bing inviting me to 'Be one of the first to try out the new Bing'. 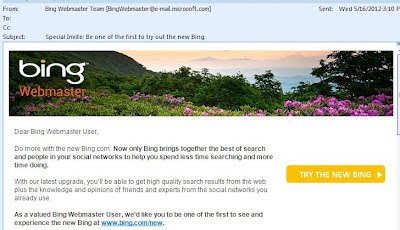 So I click on the link, anticipating a change that'll knock my socks off.

The revolution is here.


Google is going to be toppled! 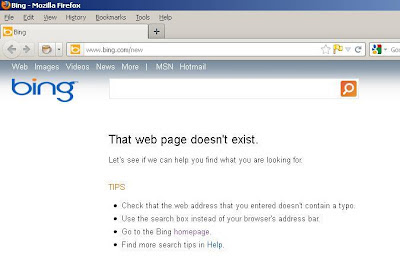 Oh well, back to trustworthy and reliable google.com

You Know What Makes Me Laugh?

You Know What Makes Me Laugh?

This does. Quite quickly and for a long time!

And this makes me laugh even more!

Maurice Sendak dies at 83 - Where The Wild Things Were

Maurice Sendak dies at 83; artist and writer best known for "Where the Wild Things Are".

I never read this iconic book as a child, but oddly enough, my wife bought a copy for our 3 year old just last week, so I read it just the other day.

I didn't realise that illustrating a book could be so deep and meaningful, but here is Mr. Sendak explaining his way in life. I found this short video to be even more interesting than most books I've read in the last 5 years;

And here he is on life and death.