I've just finished watching the first in a series of shows by Tom Hanks and Steven Spielberg and I'm quite disappointed.

Don't get me wrong, I'm a big fan of these giants of the movie industry. I loved 'Band of Brothers' and no doubt I'll enjoy the rest of the series of 'Pacific' but right now its not doing it for me.

I understand that 'Pacific' is based very loosely on Eugene Sledge's book With the Old Breed At Peleliu and Okinawa. This is a masterpiece of a book which I have read, and reread often. It really brings war on the Japanese front alive in a way that few other books have been able to do.

If you want  a few good books about the 2nd World War and are fed up with Stephen Ambrose's regurgitation of the same few stories under different titles then may I suggest the following;


A Writer at War - Vasily Grossman, with the Red Army 1941 - 1945
Sniper on the Eastern Front, Albrecht Wacker (The German side of battle)
The Day the War Ended - Martin Gilbert (A myriad of 2WW first hand accounts) 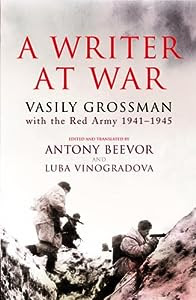 But I digress. "Pacific" doesn't follow the same format as Band of Brothers which is a bit of a shame as we don't go through training with the 'team'. We don't know their names, we don't know their ranks or place in the hierarchy of the unit. So all we get to see are a few Marines going to war.

So far I can take it or leave it. There is no doubt in my mind that I'll watch the whole series, I just don't really care right now what happens to the characters. Which, I guess, is a shame.