Longmire, the modern-day cowboy film that was A&E's second most popular show last year (after Duck Dynasty), is going to have a new lease of life under the most auspicious of hosts, Netflix.

I doubt very much that anything I wrote had anything to do with it, but hey, I can dream!

Netflix, by the way, now have at least one new customer - moi - who will be paying a lot of attention to whatever adverts Netflix puts my way. 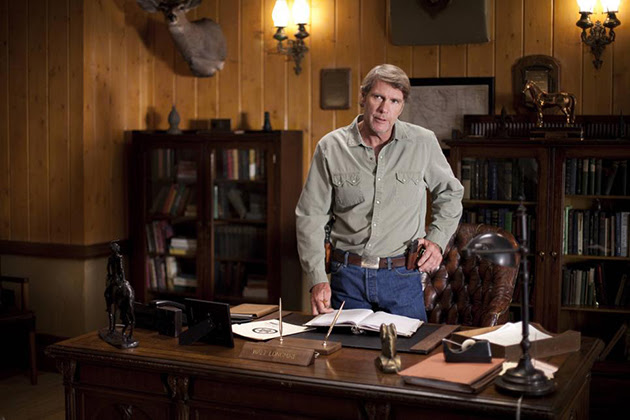 "the show's demographic is much older than most A&E shows, but Longmire had the highest viewership of any scripted series on the channel. If you aren't familiar, the plot centers around rural Wyoming sheriff Walt Longmire and his crime-fighting chronicles based on the novels of Craig Johnson -- including a series-spanning search for his wife's killer. The set of new episodes will air in the US, Canada, Australia and New Zealand when they stream next year."