Ian O'Doherty, in the Irish Independent, takes note of the Gaza Mall:

Gaza is, we're (un)reliably informed, the world's largest open-air prison. Indeed, in some of the more excitable circles of the anti-Israeli lobby, it's often referred to as a concentration camp; an analogy so obnoxious that it doesn't even merit mention.

And in a flyer for a fundraising gig organised by the Irish Anti-War Movement (they're not really anti-war, just anything to do with the Yanks and Israel), they said: "Since the Israeli attack in December 2009, which killed over 1,400, the people of Gaza have been suffering the worst conditions ever. Israel's continuous siege of Gaza and blockade of humanitarian aid makes even the basic necessities such as school material for children, medical supplies etc an impossibility (sic)..."

How terrible. But the Gazans have one thing to look forward to -- they opened a giant, fully stocked shopping mall this week.

And among the delights on offer are, according to its website: "air conditioning, a parking lot, security guards, a full service supermarket and a food court."

So, you can hate the evil Zionist pig-dog entity that will soon disappear if Allah has his way (praise be upon him) but, in fairness, the Jews make comfy chinos, so we'll make an exception.

But just this once, mind.

It is amusing that the BDS'ers have been silent about how Gazans are so happy to have Israeli goods available to them again, after years of being stuck with crap from their fellow Egyptian Arabs. 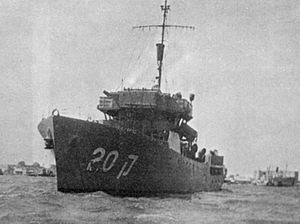 In 1947, Arabs from Palestine who dared break the Arab boycott against Palestinian Jews were subject to firebombs and murders. When will we see calls from some ideological moron from Olympia, WA to punish the Gazans for helping the Israeli economy?

And thus endeth the rant.