Antisemitism is on the rise. Whether it is from the rocks and firebombs thrown in the Caucuses, the salutes of French comedians and soccer players or the ink from newspapers, it is all against the Jews.


No-one is surprised. There are no cries of 'leave the Jews alone'. I've written about it before here and here. That's fine. That's why Israel exists, you know like all other religions have their own country because they've been the recipients of hatred so much, like the Christians who have....sorry. The Muslims have...

Anyhoo, I was reading a few articles about the rise of antisemitism from such august bodies as The Guardian, The BBC, The New Statesman, The Jerusalem Post and of course, The Times of Israel and realized that if only the Jews had followed the more colorful of their ancestors, maybe the hatred wouldn't be so fanatical?

Over at Buzzfeed they have some great photographs of Russia in the early 20th Century from the Library of Congress, and I found this amazing image that would have made antisemitism nothing if not more colourful! 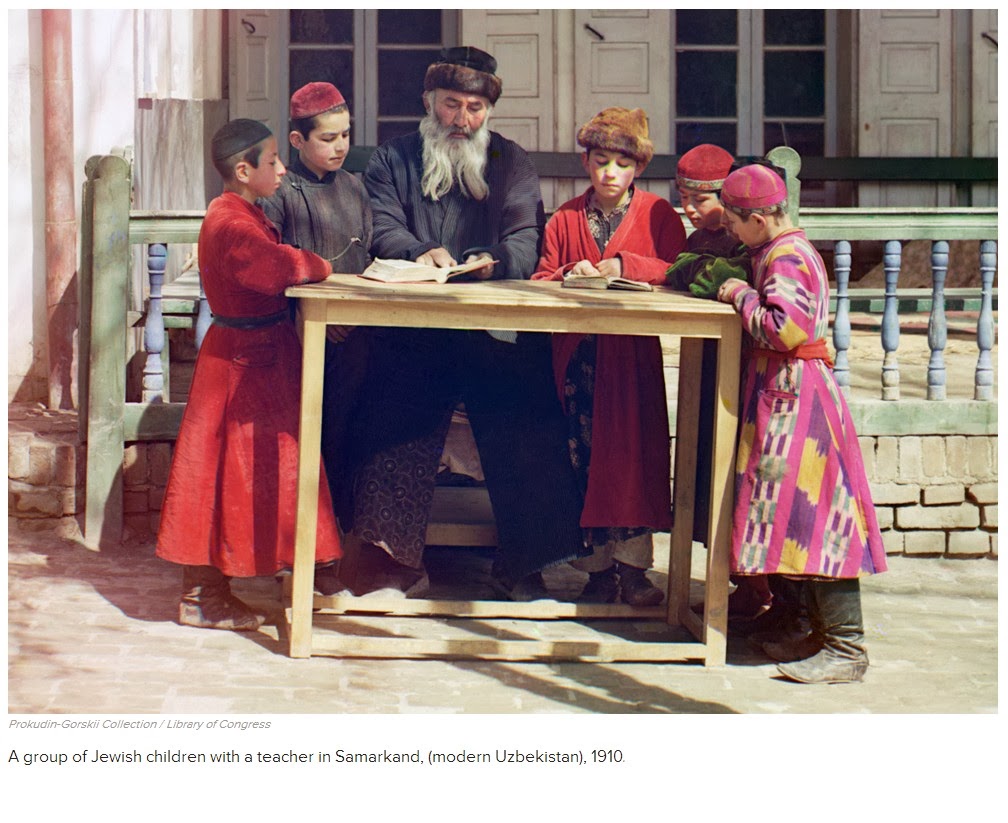