Simon Cowell Made Me Obese

It's not my fault that I'm fat 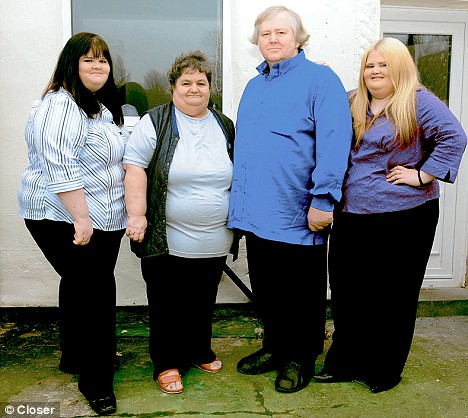 This family say they are unable to work because they are too fat. They blame their GP, the Government, even Simon Cowell - but not themselves

Now normally I'd strongly disagree with that phrase, being slightly pudgy myself I know its because I eat junk food and don't exercise enough. With Jack's birth 2 weeks ago I have lost 2kg - 4.4 lbs, which is nice.

So back to the article which I'm now calling Simon Cowell Made Me Obese. If you don't know who Simon Cowell is;
What surprises me about this article is the fact that even after the family allowed the journalist in to their abode, chatted to her for a bit and had photos taken, they are still ridiculed. In the past I feel that these people would have at least have been given the oppurtunity to a bit of respect but here they are ripped apart.

And about bloody time too!

So maybe the tide has turned and the culture of blaming everything under the sun, except yourself, for your own problems, has gone. Hurrah!!