There has been a lot of hate and anger sent against Israel in the last few months (years, decades...) but none has been as obviously anti-Semitic as the BDS (boycott, divest and sanctions) attitude to a Super Bowl advert this year.

Her amazing-ness the Scarlett of Johannsen has come forward as a spokesperson for a fizzy water maker. Big deal. Ah, but that fizzy water maker is made in Israel. Oy vey! Stop the harlot from selling their wares. Its despicable. Its not fair on the kids.

Anyway, the factory in Israel is actually very supportive of it's workers, the majority of whom happen to be Palestinian. 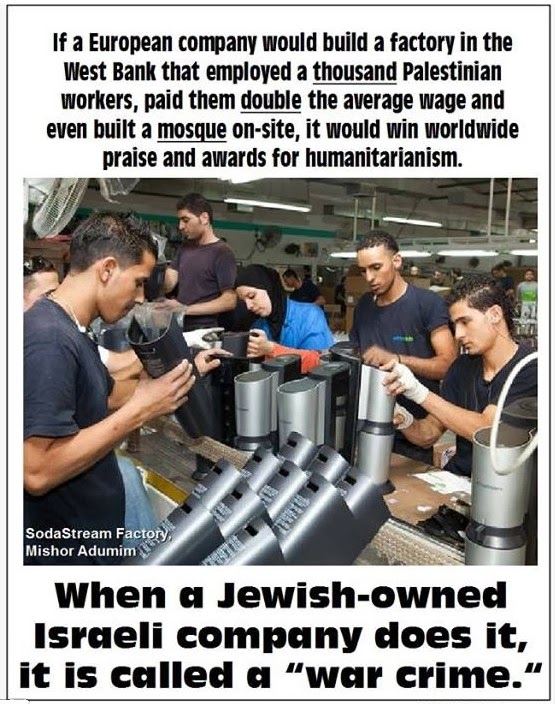 Have a super day now!