If you ever wondered what English Literature Professors did in their spare time, read on:


They lived together in the same gray with green trim Victorian house for sixty-some odd years;  he carried her over the threshold after their wedding reception. Money was too tight for an actual honeymoon, but both were thankful to have their own place, more so because all they really felt they needed was each other. The beautiful house was just gravy (though Mrs. Deal kept that house like it was Imperial jade, turning carpets, washing walls, changing  drapes for each season and polishing all the wood with beeswax). 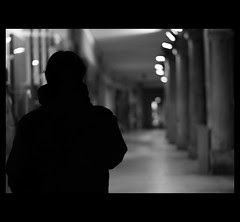 The town grew around them, cars became more prevalent. Eventually, the street was paved, and actual stop signs — and a traffic light! — were erected. They drove the same perfectly-maintained-by-the-Mister beige Packard that he had bought with his Army muster-out pay in the late fifties.