Odd goings on at the UN

The Austrian Police believe that the death of a British nuclear expert who fell from the 17th floor of a United Nations building is not suspicious, and this article explains why. 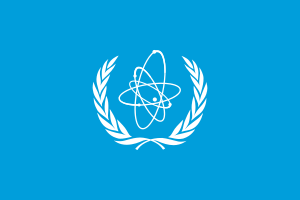 Timothy Hampton, 47, a scientist involved in monitoring nuclear activity, was found dead last week at the bottom of a stairwell in Vienna.

An initial autopsy concluded that there were ‘no suspicious circumstances’. But it is understood that Mr Hampton’s widow Olena Gryshcuk and her family were deeply unhappy with that verdict.

So like any loving wife she ordered another autopsy, not under the authority of the local police.

...a doctor who undertook a second post-mortem examination on behalf of the family believes she has found evidence that Mr Hampton did not die by his own hands.

... she said one possible theory was that Mr Hampton was carried to the 17th floor from his workplace on the sixth floor and thrown to his death.

Professor Yen used new forensic techniques to detect internal bruising caused by strangulation which would not be visible to the eye.

She said: ‘In my opinion, it does not look like suicide. My example is that somebody took him up to the top floor and took him down.

Funny that, because at the end of the article there is a little notelet about a similar 'non-suicide' by an American:

Under a year ago, an American died at the IAEA in strikingly similar circumstances, his body being found at the bottom of a stairwell.

A UN spokeswoman said an investigation into that case continues, though Austrian police have concluded it was suicide.

She said: ‘This might have been a copycat thing in the CTBTO.’

As Iran and Friends are coming under pressure to toe the line with their Nuclear weaponry and North Korea keep showing off their nuclear arsenal this happens. And it doesn't make headline news?

Make up your own mind! The Daily Mail original article can be found here.