For my (big) sister

As you can imagine from reading my post 'I beat my wife to get healthy', my one and only sister, who happens to be older than me, was not the happiest, fluffiest bunny on the planet. In fact she handed me my ass on a plate.

SORRY FOR CALLING YOU OBESE!! 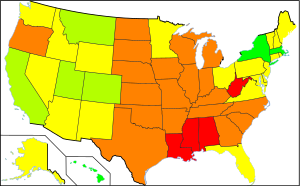 Map showing prevalence of obesity in the United States. Rates are according to the CDC.

I would also like to apologize to myself for that posting as I thought I'd be getting more comments with a title that starts 'I beat my wife'.


I recently read a blog posting by The Old Plod of Plympton about religious tolerance. In the posting the blogger had an article by Ben Stein in December 2005 which I found very interesting. In an apology to my delightful, feather-like sister who is a mere wisp of an essence where 'ere she goes... here it is: 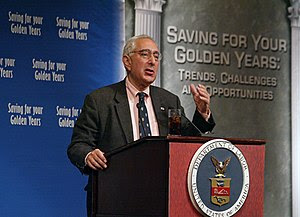 Herewith at this happy time of year, a few confessions from my beating heart:

I have no freaking clue who Nick and Jessica are. I see them on the cover of People and Us constantly when I am buying my dog biscuits and kitty litter. I often ask the checkers at the grocery stores. They never know who Nick and Jessica are either. Who are they? Will it change my life if I know who they are and why they have broken up? Why are they so important? I don't know who Lindsay Lohan is, either, and I do not care at all about Tom Cruise's wife.

Am I going to be called before a Senate committee and asked if I am a subversive? Maybe, but I just have no clue who Nick and Jessica are. Is this what it means to be no longer young. It's not so bad.

Next confession: I am a Jew, and every single one of my ancestors was Jewish. And it does not bother me even a little bit when people call those beautiful lit up, bejeweled trees Christmas trees. I don't feel threatened. I don't feel discriminated against. That's what they are: Christmas trees. It doesn't bother me a bit when people say, "Merry Christmas" to me. I don't think they are slighting me or getting ready to put me in a ghetto. In fact, I kind of like it. It shows that we are all brothers and sisters celebrating this happy time of year. It doesn't bother me at all that there is a manger scene on display at a key intersection near my beach house in Malibu. If people want a creche, it's just as fine with me as is the Menorah a few hundred yards away.

Or maybe I can put it another way: where did the idea come from that we should worship Nick and Jessica and we aren't allowed to worship God as we understand Him?

I guess that's a sign that I'm getting old, too. But there are a lot of us who are wondering where Nick and Jessica came from and where the America we knew went to.

I'm off to start buying presents for my family for Hanukah - enjoy your shopping too.