I grew up in the (ahem) 70's with the Muppet Show and Sesame Street. I was allowed to watch as much of either of them as I liked, which in all honesty wasn't more than half an hour a day as we had no VCR but we did have British terrestrial TV. 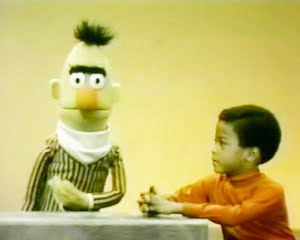 As technology advanced the foam puppets moved over to Fraggle Rock and eventually even that was replaced on the TV shows, for the next generation of kids, by Ninja Turtles, Transformers, Postman Pat and other imaginative heroes. 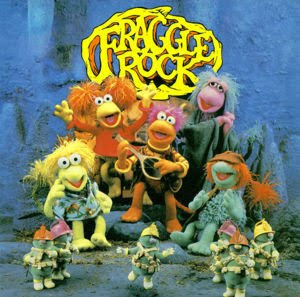 I recently found out that my beloved wife, Mrs Jumblerant (aka Her Indoors or Mrs J) did not watch Sesame Street or the Muppet Show as a child. Her elder siblings made sure that the first programs she watched were Happy Days and The Love Boat. Sadly she missed out. She never learnt rudimentary Spanish on the stoop with Maria, or how to count, with the Count.

Sesame Street marked 40 years of production on the 10th November and I'm happy to say that our son Jack will be able to grow up with the The Muppet Show as well as it starts to make a return on YouTube.

Click here to get to the Muppet Show Channel on YouTube for some modern-day Muppet Show fun.

And here, thanks to Topless Robot, is the Muppet Show's 10 Weirdest Moments.